So everyone knows the common side effects; hair loss, sickness, tiredness, rashes, weight loss or gain in my case. However the hardest one for me has been constipation, i now have added respect and sympathy for anyone suffering from constipation, I’ve always been a once a day sort of girl. However at the beginning this was extending to 3 or 4 days.

One weekend i was in agony and 5 days of constipation was feeling like the cause, so off we go to camdoc to get the verdict… Dr describes it as being stuck on the M25 on a bad day no movement around there… so we leave the surgery with some bum tablets (suppositories) and wait the wonders to work however few hours later still no movement and in so much discomfort, so try again and yippee 1 hour later a little bit of movement. These symptoms continued for a few rounds of treatments but thankfully for the laxatives and basically all seems to be a bit more under control the last couple of months… although live with this constant panic when not been for 3/4 days!! 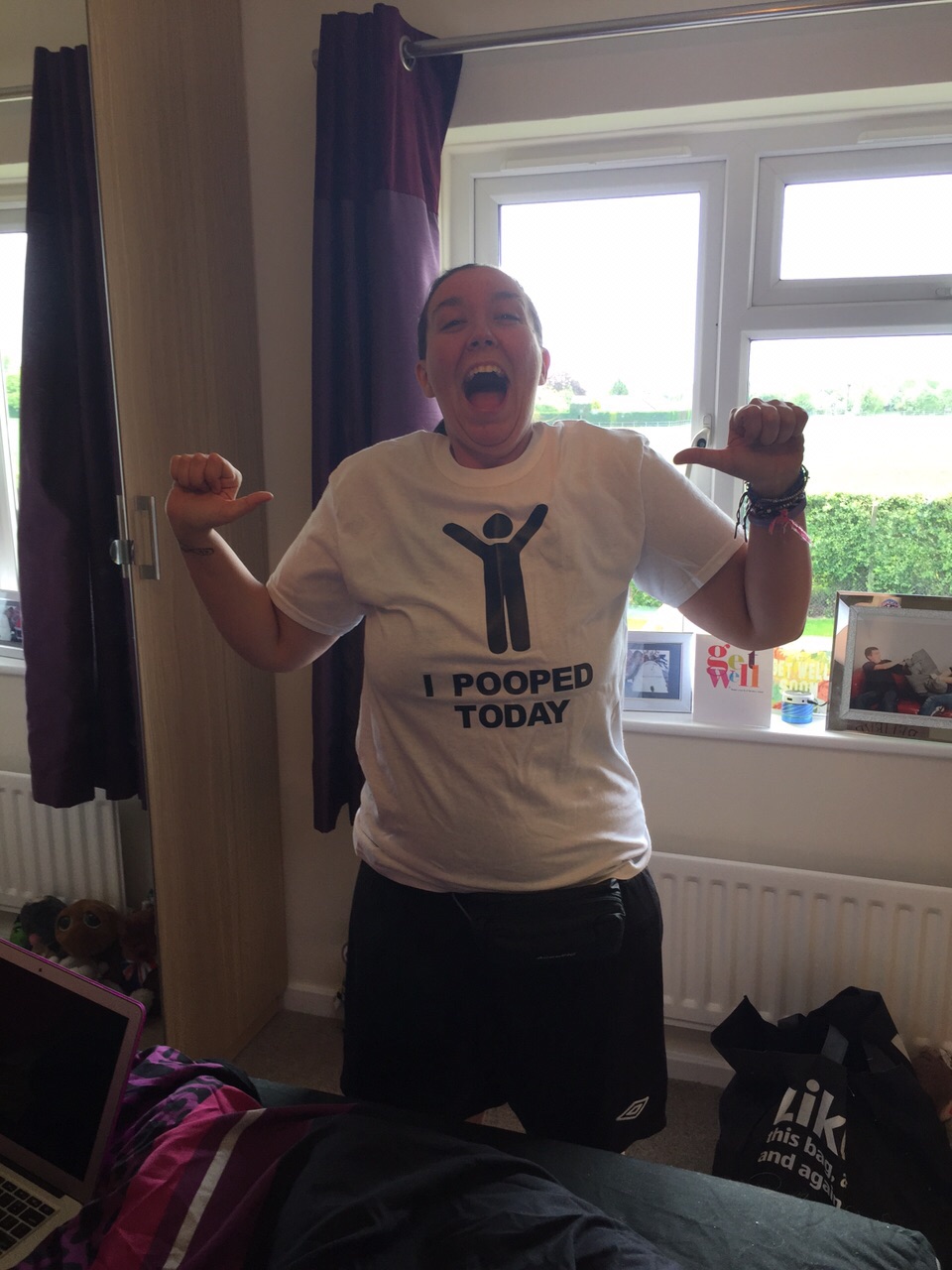 THANKS FOR THE T-SHIRT MEGAN!!

Next worse symptom for me has been the horrible yucky taste something I’ve struggled with and unfortunately it seems to be lasting longer and never really leaving its a lingerer!! So sweets and gum helped at the beginning but its getting a bit stronger now and making me go off fizzy drink at times.. what a nightmare!!! The best way to describe it is like your chewing on meta, something i don’t often make a habit of!

So yeah the sickness isn’t great but thankfully i cant complain too much and i seem to have avoided the worst of it for big chunks minus, Cardiff, Greece and the absolute disgust for Chinese!! So since chemo started Chinese has been well and truly off the radar couple of weeks ago tried fried rice how bad can that be but oh no same concept… note to self stay away from the Chinese and the smell!! Thank god i still like curry otherwise Krissie and Vicky would be struggling lol!!