I haven’t done any blogging yet in the new year, i hope you all had a great christmas and New Year and got to spend it having laughs with friends and family you love… after all that what it is all about.

Christmas this year took us to Orlando, to allow us to spend the festive period with the little brother; yes he could have got St Lucia, Barbados or South Africa but hey Orlando will do and allowed us to spend Christmas in the same place, something we have been unable to do the last few years. 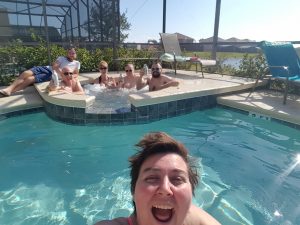 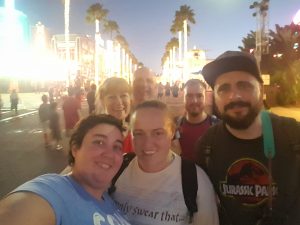 Orlando was amazing and not only did we manage to create lots of new memories, it especially gave me a time to reflect on past memories. As children we were very lucky that my mum had a job working for the famous mouse company, so this place has and will always hold so many family memories. Most importantly it held very treasured memories of time with my Nan, she loved everything about Disney and Universal the characters, the experience, the shows and the buildings, very rarely the rides. However her favourite, mainly because we tricked her, was the popeye raft ride in Universal. The one as kids we promised her you don’t get very wet on, well as this year proved that was very much a little white lie… we were drenched but enabled us all to remember and recapture a fabulous memory. Orlando also got me to tick a few more things off the bucketlist (firing a gun!!)…of which i need to do an update soon. 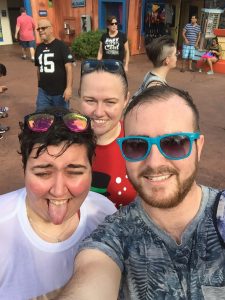 This is us just as drenched this time round!!

Back to the UK just in time to see in the New Year with an awesome group of friends, some alcohol but more importantly some games 🙂 A New Year allows us a time to reflect on the year that has been and gone, but more importantly, look forward to what the next one brings. Well i hope 2017 brings as many adventures with amazing people as 2016 has offered… don’t dwell on the negatives, lets focus on the positives, some of my favourite moments of 2016 are shown below but there is too many to name them all. 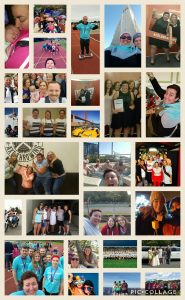 Not only is it the turn of 2017, its also a year since i started writing this blog, It started with a random discussion in Nandos (shock!) but has enabled me to put pen to paper on some of my thoughts, think through various decisions, up date and share my story. As i said at the beginning of it all, i hope it has helped at least one other person either through their own journey or to support another person.

I would like to thank everyone for reading and sharing my journey!

Coincidently, prior to the blog and the actual start of this entire journey through the big C, it started with a short little FA cup trip for the mighty Cambridge United. On 23rd January 2015 we saw the arrival of Manchester United to the Abbey Stadium and a significant milestone, as explained at the start of this blog, that made me recognise all was not hunky dory in Sam’s world. Well 2 years later and this year has started with a different mighty United visiting the Abbey stadium, this time the appearance of Leeds to take on Shaun Derry’s Amber Army. This time i do have tickets to the home fixture, however unfortunately the mighty U’s cannot repeat two years ago and a replay does not await me. Lets hope the next month doesn’t follow exactly as it did 2 years ago for United.

Here is too a fantastic 2017, do something that scares you, something you have never done and everything with the people you love!!!