Ukraine, Denmark and Estonia to name a few
Helsinki to board the boat, hoping Meg don’t spew
We have travelled air, land and sea
Finally we got to Russia Whoopee

Customs was a bit of a mare
Although they have perfected a silent stare
My passport they did not believe
My face does not match, i strongly disbelieve

Off to St Petersburg we go
Droup our bags, where to we don’t know
Head in a friendly cab
He definitely had the gift of the gab

Segway was our vehicle around town
Hearing stories of those who wore the crown
Nicolai was our guide
Ready for an awesome ride!

We even got to visit the little bronze bird
Very few may not have even heard
Sitting along the river bank, to bring good luck to those
Who flip a coin onto the shelf that has been chose

Back to the hotel for a well deserved rest
Putting the jacuzzi, pool and spa to the test
Next was dinner in the dark, we’ll pitch black
Using our cutlery has become a knack

Waheyy we are in
For our final voyage to begin
Finland, Ukraine and Estonia to pass
Unfortunately not first class 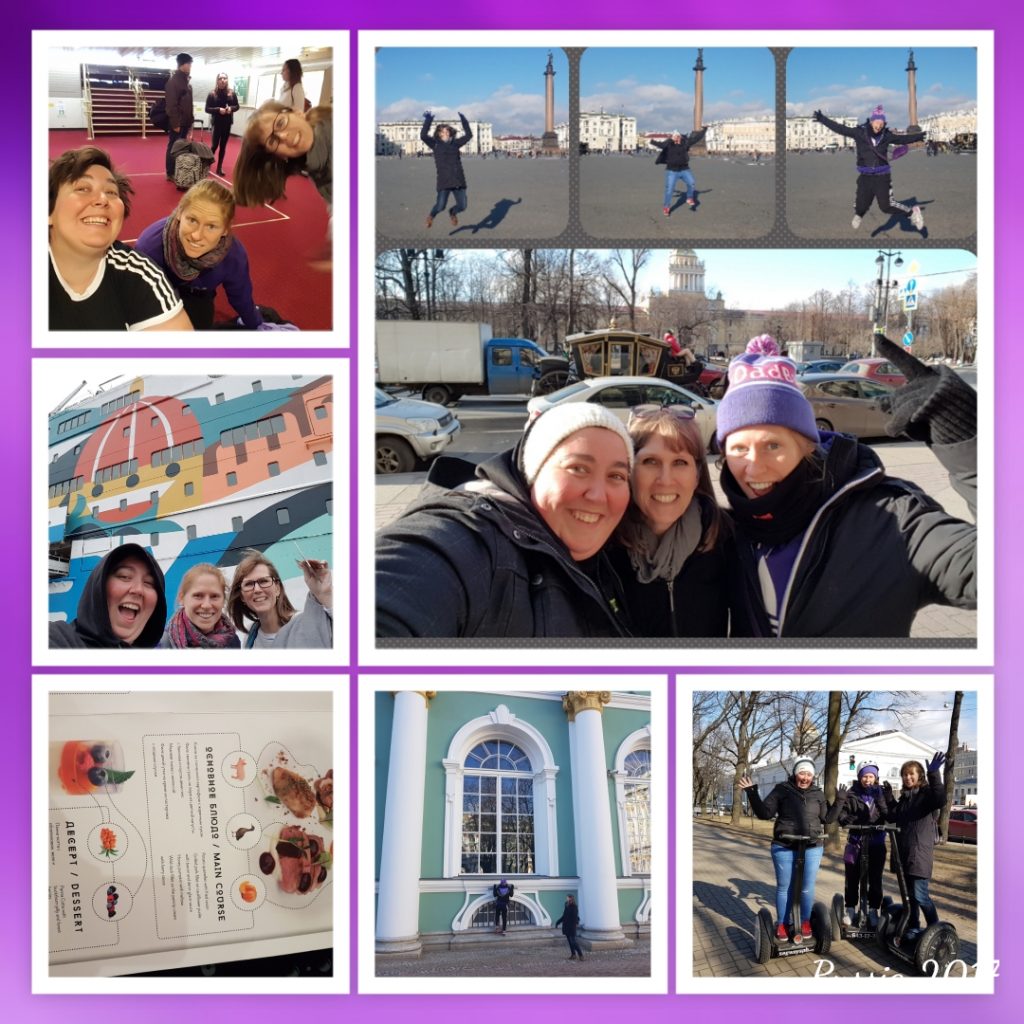