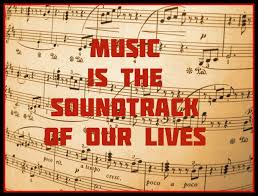 Music is something i haven’t always appreciated the importance of, mainly because i have an absolute lack of rhythm, no understanding of tone and cant even clap along to a simple beat (its a big problem). I also have a bad habit of making up the lyrics to songs that i think fit. I have always appreciated peoples musical ability and something i wish i had possessed or learnt, however my instrument playing stopped very quickly after being dragged through recorder lessons at school.

However, music is massively important wether it was the nursery rhymes you were sung to as a child to get to sleep, the songs you sing along to knowing every word, drunken soundtracks of some uni nights, the favourite songs bringing back memories of holidays, road-trips or summers well spent. For me, i’m someone who massively appreciates and values the lyrics of a song that is often why they will become a favourite of mine. Anyone who knows my music taste its pretty random, the fact i haven’t updated my i-pod since before university means i’m normally listening to some old school classics, thankfully Spotify has now meant i’m not still listening to only music from over 10years ago.

Everyone has that favourite song or the song they relate to each other. Mine and my dads was always the lighthouse family, my mums is the soundtrack to lady and the tramp, me and friends have had various wether it has been Craig David, Uncle Cracker, Dixie Chicks, Sweet Female Attitude, The Dream the possibilities are endless.

Most of us have those songs that motivate us – the pre match playlist, the songs that we can chill out/relax too, the gym song that pushes you through that last rep, that song that makes you smile every time you hear it. Creating playlists for certain aspects of our life.

For me, the lyrics of songs have always been the parts i enjoy most. I love songs that tell a story – this has led me to some random country music but also have huge appreciation to Ed for being able to fit ‘exponential growth’ into a song.  Sometimes there are songs that resonate with you at current stages of your life this has been particularly obvious to me over the last couple of years, the release of Rachel Platten’s ‘fight song’ that, at the time, represented an emotion and experience i felt i was going through. It became the opening #kickcancercup song for that year. The following year was by Mandisa – ‘Overcomer’ which reflected the mood of that stage and again became the next #kickcancercup walk out song.

Not really finding a current song of this year – I think potentially I have now thanks to Jade, someone who’s life is filled with music and since i’ve known her has listened to it almost 24/7. Im going to pick a song by The Cab – Living Louder as the current soundtrack to my life.

What would you pick as the current soundtrack for your life??? 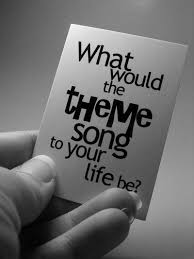