As many of you know throughout my entire treatment i have gained IV access to my chemotherapy via a portacath which is inside my chest wall and is meant to enable easy access. Trust me it has been a god send, i can swim, play football, do crazy stuff and not have to worry about it. However it has always been a bit of a difficult one and has gained a little bit of a reputation of being a bit awkward at being able to access. Well over time this has been getting worse but also since the extravisation i had a few months ago some of the veins inside my shoulder have decided to narrow a little bit and now using it has become painful and achey not what you want whilst trying to sit through chemo.

So Dr Awesome and Kate have had enough probably along with the entirety of the day unit, off to vascular access i go. Get there they don’t appear to understand the problem and don’t see why people cant access so send me back to oncology.

Not happy with this response they send a written referral to get my portacath replaced, through the post the appointment arrives and off i go back to vascular access, again they don’t understand why i’m here and are reluctant to change it. However one lady decided to have a more thorough look and low and behold has to admit WOAH it is twisted no wonder they are struggling to access it. Im on the list and awaiting my slot for this thing to get finally removed and swapped around, the wait is long but hopefully it’ll be worth it. Along some Dr comes and starts the signing of the sheets, originally she is baffled i have had no recent blood tests this is baffling to me as id been through an entire SIRT prep and the dreaded 1st round of SIRT. Then comes the question of what medication are you currently on, off rolls a little list and then comes the dalteparin (blood thinners) up she stands well we cant do it today then someone should have told you to stop taking them. That would have been great however i wasn’t actually told it was definitely going ahead and received nothing to state this.

Back downstairs i get sent to ask for an immediate referral to be sent back to vascular access to ask for a new appointment and await this in the the post. This came for the 31st July when the little alien will be removed and swapped around.

Along comes the 31st and back off to vascular i go all prepared for this one to actually go ahead and hopefully be in and out of there in 45minutes as they state, however i hadn’t felt right about this appointment and presumed it was just nerves as I hadn’t been at the hospital for a while. I have no memory of the first insertion so didn’t know what to expect and generally feeling in a bit of free fall not really knowing what is going on has SIRT worked? whats it doing? no chemo? etc, thrown in with the effects of some virus or bug caught on recent travels – brain frazzled!! 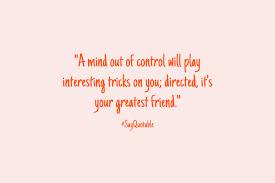 Hey ho though got to crack on with it so sit down all prepared, surgeon comes over and starts to explain that he is not sure why i need it, it is just down to experience of staff (mate i don’t think so) he has a little feel oh yeah with a bit of surprise it is twisted in a funny position. Off i go to shower and robe up (deja vu) as i was first in not long to wait and i’m straight in and on the table. Little bit of sedation and local anaesthetic required, decides he is going to access my port for the sedation, handy – well so you would think. After 2 attempts they cant access it (what a surprise, thats why we are here), another nurse decides to try still no luck so 3 attempts down and no access. They try to insert a cannula to do it that way, unlikely my veins are pants and always have been, 3 attempts and she thinks she is in, so in goes the sedation except it doesn’t apparently not in the vein and is somewhere in my muscle (fat) in my elbow. Back to the port they go and finally were in, so a few millilitres of sedation inserted for safe measure although i’m still sure none of this went in as i did not feel sleepy.

Off the procedure starts and after about 45 mins and a big incision i realise something is up as its really painful and appears to be taking longer than they expected, turned out these veins aren’t playing ball either and he cant connect the catheter to the subclavian vein so he decides after a lot of yanking and jiggling around its not connecting that way. Another insertion made and the catheter tried to connect to the subclavian vein so instead he decided he had to go up and over my collar bone and through my jugular (sounds like something out of a murder series) so after a few more insertions in my neck and near my collar bone he has connected the catheter to my jugular vein and weaved it around my collar bone, finally after a few hours the end looks in sight and he pops the portacath into the pocket and connects it all up. 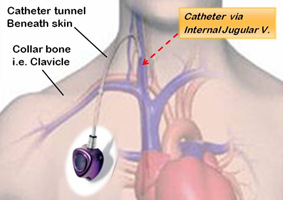 Now just left with the small task of removing the old one and closing it all up, but before that he decides we all need a bit of a breather and he needs a water break and i need a little break from being jabbed, cut, tugged and pulled all over the shop. Break over and back to it, reopen the old incision and get the old port out, so he cuts the sutures that hold it in place and then has to cut the tissue that has attached itself to the port ( a bit like a limpet to a rock), after some snipping and its out. Obviously i ask for a little look pretty amazing device really and its purple 🙂 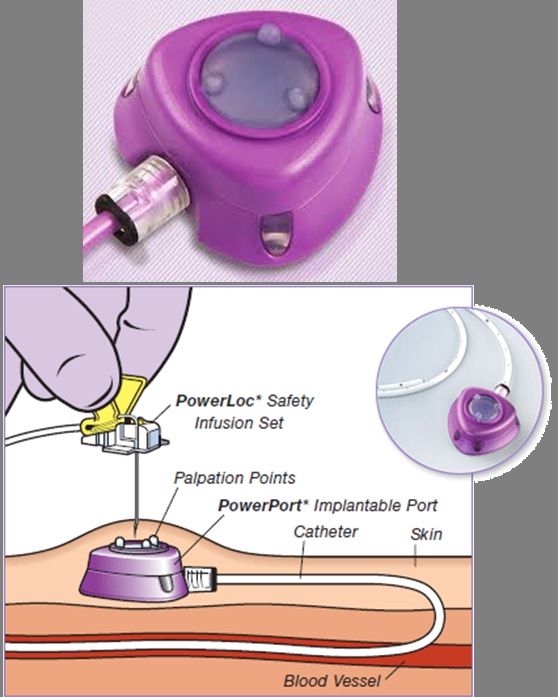 Now for all the sewing up and not really knowing where the incisions where or even where my actual port is sitting now. I ask the nurse how big the incisions are she trys to demonstrate they seemed pretty small that was until i finally saw the pictures and a mirror. OMG look like i’ve been in a horror film trying to play frankenstein minus the green.

Off to see Kate and grab my meds i think ill be needing those painkillers more than ever now and a little run down of the story of what the hell happened, well here is the post you were waiting for. Home i head, a little sore and feeling like i have stitches everywhere, my neck feels like i cant turn it the whole way but hopefully when the glue and stitches dissolve this will become easier.