People say at diagnosis time stands still, it didn’t for me it felt like it sped up and the next few weeks became an array of tests, scans, appointments, examinations, consultations. Then when treatment and this cancer journey started it became not a journey but life being lived in 3 month blocks waiting for the next scan. As many know my coping mechanism is cramming in everything i can between scans, but at the end of these blocks is the wait…more chemo? something new? the dreaded news? what to do next? So that time from having the scans to waiting for the results becomes some crazy over anxious world that’s repeated every 3 months. 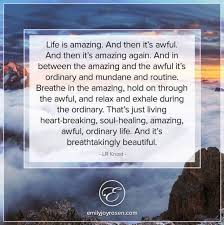 Do you know what it’s like to only being able to look or plan 3 months ahead? In case the results mean change. How it feels when everyone says ‘great that’s a relief the scans were stable, glad that’s over’. However, you never really get to feel that joy as your head begins to fill with dread for the next round and already the anxiety starts to build for 3 months time (it goes quite quick). The worst part is the times you do have to plan further than 3 months time or you miss out, you don’t want to miss out on those P!NK tickets or the party you want to attend.

Scanxiety may not be an official word, but hey ho apparently i have been making my words up my whole life so i’m going to agree with this word. It’s also a word i’m sure majority of cancer patients or people with long term medical conditions may use. According to a study on lung cancer patients it is used by upwards of 80% of patients that makes it a pretty effective word. It may not be accepted medical terminology, not that i understand half the words they use anyway, but I’m sure eventually it will be. It relates to the fear and worry about imaging, both before a scan and after a scan whilst awaiting results. As we know anxiety can cause havoc, affecting sleep, appetite and everyday function. Ideally, no one would have to wait for results but that is not possible. It requires a variety of people to read, report and review before results can be given. I’m lucky in the sense i know the medical people around me will do everything they can to speed up this process. 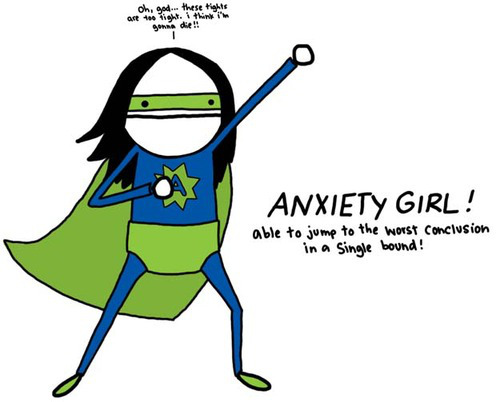 Everytime they come round its like being on some crazy emotional/cancer roulette, the wheel spins from the minute i have scan dates, spins me around until eventually it spits out an answer: cancer sentence or a 3 month reprieve from drama for a few months. The anxiety part is the waiting, from day dot the waiting has been the worst; waiting to hear the diagnosis, waiting to know what type and stage, waiting to know how bad it is, waiting to know how your life will change, waiting to know your life expectancy, waiting to know when chemo will start… then boom at some point you stop waiting and the journey begins. However everytime a scan comes up it’s not necessarily the results, waiting or whats next, it’s the stark reminder of the emotional rollercoaster you went through at the beginning when I received the worst news of my life. It’s not about what could happen it’s about what DID happen. The fear we feel is because we have already experienced the worst (March 2015), it has already happened and it could happen again at any time. “It’s not necessarily expecting the worst it’s remembering the worst”!

I don’t like to end on a negative, yes the waiting is horrible and scanxiety is real and i’m sure for most it gets worse the longer the journey goes on. However there are some (suggested) things that you can try to reduce the scanxiety. Few listed below:

Talk to the right people

Plan for the worst 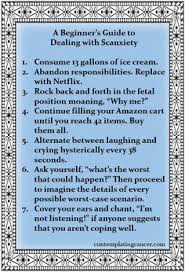